The opening weeks of the new decade saw Beoir once again taking the pulse of the Irish beer scene, assessing it via the eyes and palates of its members. This is the ninth annual awards, in which the drinkers en masse choose their favourite Irish beers from the previous calendar year. Any beer brewed on the island of Ireland and available commercially was eligible, and the top three were selected. Additionally, the brewery which scored the most points in total received a separate award.

With voting completed, the winners for 2020 were as follows:

2020 Beer of the Year
Pointy Shoesan imperial stout by Wicklow Wolf, of Newtownmountkennedy

It's hard to believe Wicklow Wolf has only been around five years. It feels like it has always been part of the scene. Pointy Shoes was created to mark the anniversary and is appropriately special and celebratory. An imperial stout aged in bourbon barrels, it's a beer of balance and elegance, full of the complexities that barrel-ageing can give, yet not sharp or hot as these can sometimes be. The name comes from their first landlord's worries about what sort of business they were going to be.

This was a very limited run of cans and kegs, and sold out quite quickly. It remains to be seen if the brewery will have another go at making it. Let's hope so. 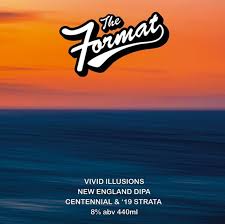 The style is very much in fashion at the moment and multiple examples abound. This one is quite distinctive in the intensity of its hop flavours, using 20g of Strata and Centennial per litre. Although it's properly cloudy, there's no flavour interference from the suspended particles, ensuring nothing compromises the sheer hop thrill.

This Co. Down brewery has been going for a few years now, gradually making its presence felt on the growing Northern Irish beer scene. With sweet stouts and cloudy IPAs they have very much tapped into the zeitgeist of modern beer and have gathered themselves a considerable following as a result. No recipe is more zetgeisty than this lactose-infused double IPA, using two of the most fruit-forward hops available.

Drinkers in the South should look out for Beer Hut in their local beer specialists as importation of some of their releases has begun recently. This is the first time a brewery from the North has placed in the Beoir awards and with this new wider distribution it may not be the last. 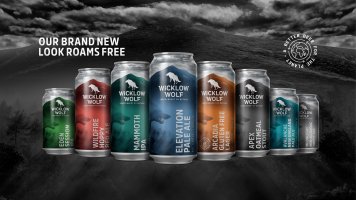 It has been quite a year for Wicklow Wolf. As well as celebrating the fifth anniversary since they began brewing in Bray, they moved to a state-of-the-art new-build brewery in Newtownmountkennedy, transitioned from bottles to cans, refreshed their branding and changed the line-up in their core range. Alongside the high score that won Beer of the Year for Pointy Shoes, the new core-range oatmeal stout Apex and the Sorachi-laden red ale Wildfire also proved popular with voters.

Congratulations to all of our winners and thanks to everyone who voted this year.